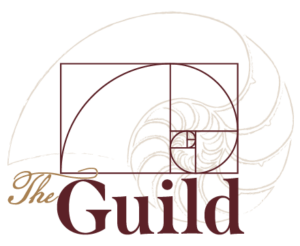 Founded in 2018, The Guild was established to promote open thought and to examine lives fully lived. The Guild emulates the “salon” of the 19th century when open minded individuals came together to discuss the ideas and problems of the day, in community with other like-minded searchers for truth and relevance. It promotes not just being ourselves but being “our better selves” and opening minds through the exploration in conversation of new and different ideas with others.

As members of The Guild, we believe in constructive, critical conversation concerning topics of intellectual circumstance and cultural interest. Topics are drawn from Art, Philanthropy (Making a Difference), Lifestyle, Experience, and the Spirit—the essence of Amlés; this is the inspiration behind the wine label.

We invite all receiving an allocation of Amlés Wines to join The Guild. Experiencing The Guild includes:

René Descartes’ “cogito ergo sum” is about knowing ourselves and being ourselves, which begins by thinking for ourselves.

Autopsy, in the original Greek, means “seeing for oneself.” It’s about independence and thinking for oneself, about making up our own minds. Over time, autopsy came into conflict with “authority,” religious, political, and scholastic. Authority protects its power by controlling thought and suppressing the pursuit of new knowledge.

The Guild members embrace autopsy. We challenge ourselves and others to take a trip of discovery, where through reasoning we can reveal new facts and new ways of knowing the world. We are suspicious of “authority” and its pronouncements. Thus, we adhere to two principles, first expressed by Bertrand Russell:

Do not feel absolutely certain of anything.
Never try to discourage thinking, for you are sure to succeed.